Trajan’s Column is a Roman triumphal column in Rome, Italy, that commemorates Roman emperor Trajan’s victory in the Dacian Wars. It was probably constructed under the supervision of the architect Apollodorus of Damascus at the order of the Roman Senate. 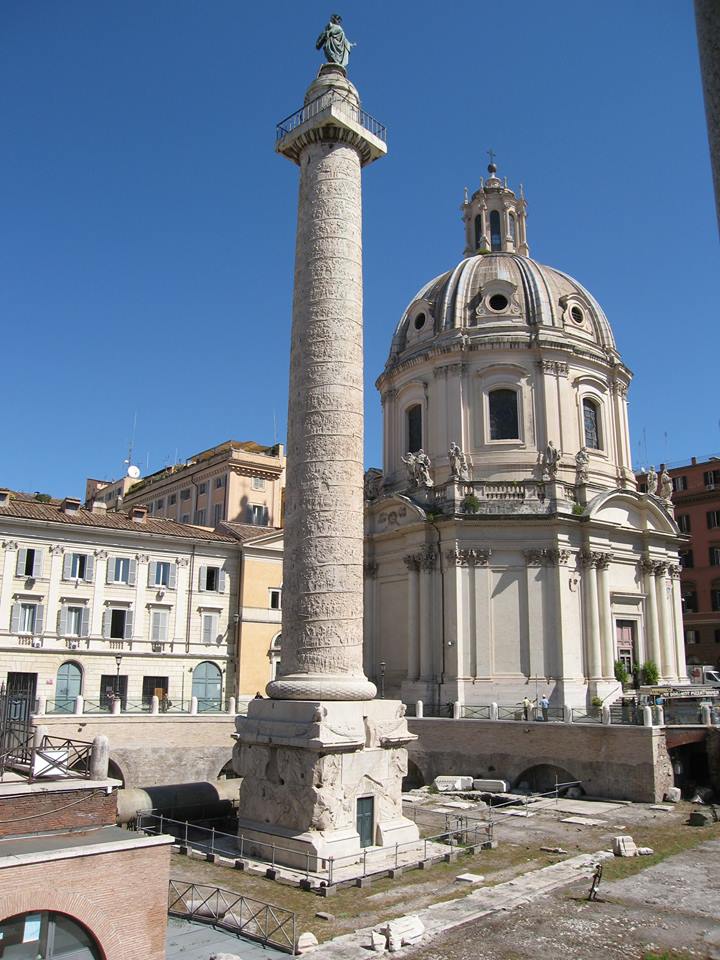 It is located in Trajan’s Forum, built near the Quirinal Hill, north of the Roman Forum. Completed in AD 113, the freestanding column is most famous for its spiral bas relief, which artistically represents the wars between the Romans and Dacians (101–102 and 105–106). Its design has inspired numerous victory columns, both ancient and modern. 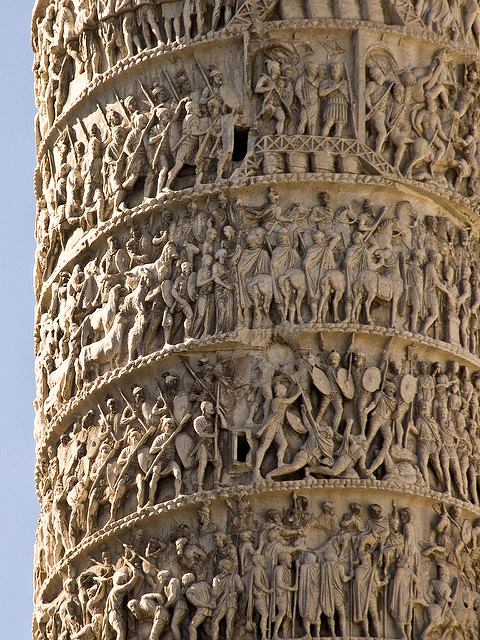 The structure is about 30 metres (98 feet) in height, 35 metres (115 feet) including its large pedestal. The shaft is made from a series of 20 colossal Carrara marble drums, each weighing about 32 tons, with a diameter of 3.7 metres (12.1 feet). The 190-metre (620-foot) frieze winds around the shaft 23 times. Inside the shaft, a spiral staircase of 185 steps provides access to a viewing platform at the top. The capital block of Trajan’s Column weighs 53.3 tons, which had to be lifted to a height of c. 34 metres (112 feet). 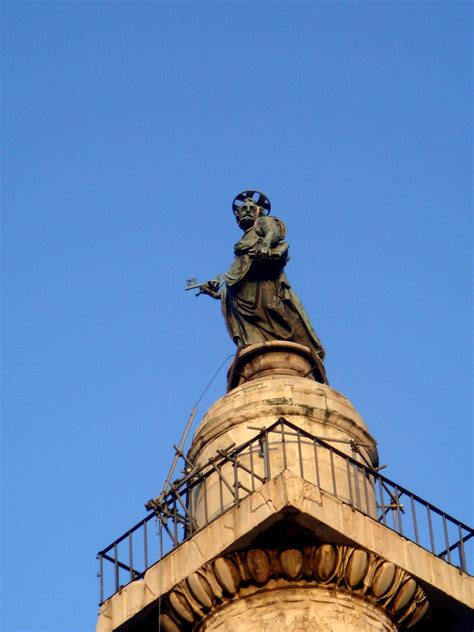 Ancient coins indicate preliminary plans to top the column with a statue of a bird, probably an eagle, but after construction, a statue of Trajan was put in place; this statue disappeared in the Middle Ages. On December 4, 1587, the top was crowned by Pope Sixtus V with a bronze figure of St. Peter, which remains to this day. The column was originally flanked by two libraries, which may have contained Trajan’s scroll-written despatches from his Roman-Dacian Wars. Filippo Coarelli suggests that such scrolls are the basis both of the column’s design and its spiraling, sculpted narrative. The column shows 2,662 figures, and 155 scenes; Trajan himself appears on the column 58 times