The Pantheon has represented the greatest expression of the glory of Rome for more than two thousand years. The story of the Pantheon is inseparably tied to the Eternal City. and been its image through the centuries. Built by Agrippa between 25 and 27 BC the Pantheon was a temple dedicated to the twelve Gods and to the living Sovran. Traditionally it is believed that the present building is result of the radical reconstruction by Hadrian between 118 and 125 AD.

It is the only ancient Roman building that has remained practically intact through the centuries. In 608 Pope Boniface IV had the remains of many martyrs removed from the Christian catacombs and placed in the Pantheon. Thereafter the temple was officially converted to Christianity and named Saint Maria ad Martyres. The Pantheon was an inspiration to Raphael, one of the greatest architects of the Renaissance, and he requested it be his place of eternal rest.

From the Official Site download the App to visit the Pantheon, the “Basilica Collegiata Sancta Maria ad Martyres”. 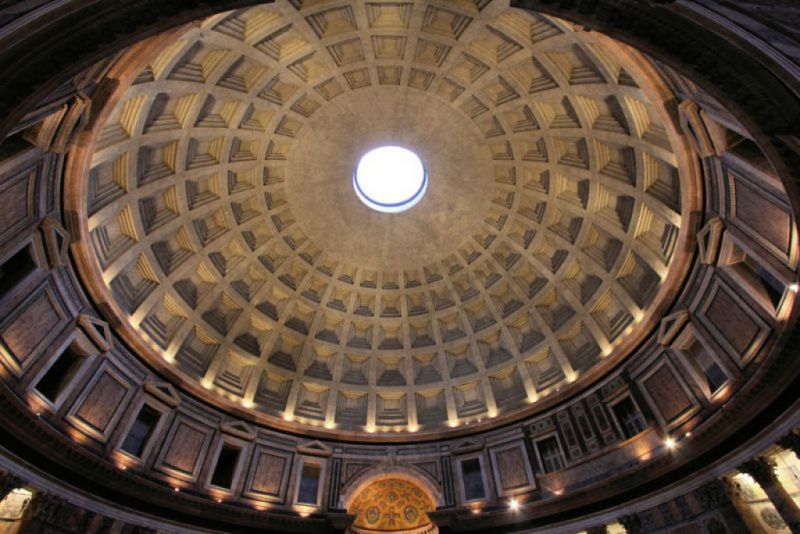 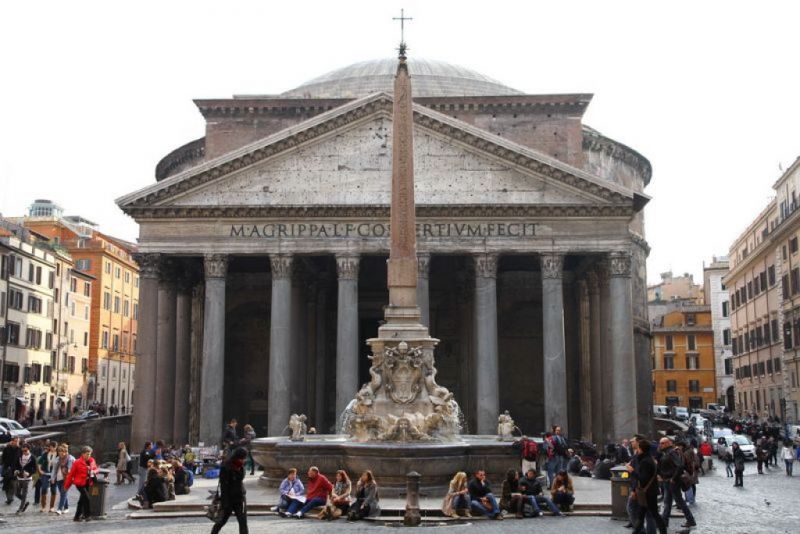